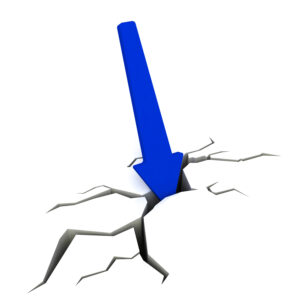 Many parents of kids and teens who attend our centers will tell us that their child is friendly, interested in socializing and are able to make friends. They go on to say that these friendships can quickly break down. Initiating a friendship requires different skills than maintaining and sustaining a friendship. There are children who can initially get things going, but then hit a barrier when it comes to keeping the friendship on a solid foundation.

The barrier that we see frequently contributing to failed friendships, is a child or teen’s need for control within the friendship. This can be what they play, how they play it, where they go, who the other child can play or hang out with, etc. This need for control comes across to other kids as extreme bossiness. While there are some kids that easily go with the flow and allow another child to take charge, most kids don’t take well to being bossed around, or not having their ideas entertained, or their needs in the friendship to be met. Reciprocity is a KEY part of the framework of friendships, and when it isn’t there, friendships will collapse.

Control issues and rigid thinking are very difficult barriers to break down. It takes time, patience, and sometimes the child will have to face natural consequences. I remember a kid named Ivan (name changed to protect his privacy) who attended a social group. He was playing with three other boys, creating some type of game using a ball. Ivan was absolutely stuck in having the rules of the game by his rules and no one else’s. The other boys tried to get him to come around and collaborate. I coached Ivan and explained that if he couldn’t be a little more flexible, that there would be an argument and the boys would quit playing. He refused to budge. The boys tried again but he still refused. I coached him again, but with no result. I then told him that I had tried to help and that I was done helping. I once again predicted that he would soon have no one to play with. And that’s what happened. Ivan refused to give an inch, there was an argument, and the boys left to find something else to do. Ivan was left standing alone with the ball, looking dejected. I let the natural consequences happen in this instance and watched to see what he would do.

Some kids who struggle with control challenges would simply have found something else to do – probably a solitary activity. I was thrilled to see that in this case, Ivan was able to think it through based on things he had in his toolkit from being in our group. I also believe that you should predict the natural consequences that will happen for children, so when they do, they don’t come as much of a surprise. He was able to go back to the boys to ask if they would try again and they agreed. What are some ways you can help your child or teen to respond to friends more flexibly?

· Coach your child or teen on reciprocity in friendships and what that means.

· Predict natural consequences for the child or teen if they continue to sound controlling or bossy.

· Inform your child that everyone’s ideas should get to “play” and that they don’t have a “better” idea, only a “different” idea.

Your child who can easily draw up the plans for friendship and initiate construction may need some guidance on how to make sure the foundation stays solid. Breaking down the barrier of control will help your child or teen from watching those hard-won friendships collapse.