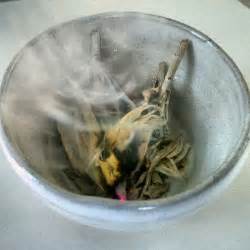 There is a traditional Native American ceremony called smudging. It’s mainly used for homes and houses, to clear any bad feelings and negativity before you move in. But hey, since your body is YOUR house that goes everywhere with you, why not have a grudge smudge?

Nadine turned me on to a course on positive psychology that she is certified in and I’m working on mine. I love the focus on mental wellness. I’ve also learned that one of my personal character strengths is forgiveness. So for me, I feel grateful that it comes fairly easy to me and I rarely hold a grudge. It’s important to remember that forgiving doesn’t necessarily mean forgetting. But it moves us into a place where we can let go and move forward, either alongside the person who harmed us, or away from because it was too egregious to forget.

Our brains are automatically wired that the negative stuff is more likely to “stick” with us and we need to purposefully create acts of counter pessimism to experience a higher degree of happiness and well-being.

Take two different forms of therapy. One that takes you back to re-hash and re-visit every rotten thing that has ever happened, but you cannot do anything about because it’s already happened. You have absolutely no control over changing any of it and I feel that you basically re-traumatize yourself thinking about it. Then, there is the type of therapy that I am currently involved in with one of my sons. We’re a little stuck on something, so we asked for help. I loved it when the therapist said she wasn’t really too interested in how we got to the place we were in, but what we had to work on to move forward from here.

So, I am suggesting that we hold a grudge smudge. I think it’s especially important for folks who tend to get “sticky” with the negative thinking. Why give up control to anyone who has harmed you? Why, as the saying goes, rent them any space in your brain that is better used for happiness?

A physical act of release can go a longer way than just trying to do this mentally. You could:

Hey, and after your smudging ceremony? Treat yourself to something that gives you pleasure and helps hold those happy thoughts in your head instead.