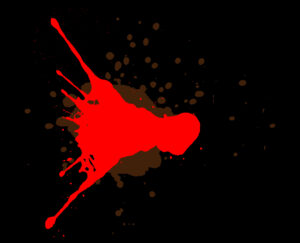 Light It Up Blue or Red Instead?

Lately, I have been talking to several teenage boys who have a diagnosis of high functioning autism about autism awareness. In this month of April, many are paying tribute to Autism Awareness and Acceptance by lighting up blue. The teen boys in my social groups do not support the light it up blue celebrations. They prefer the Red Instead movement. Does the color really matter? No, but the messaging matters and these teens had a lot to say on the matter. The blue messaging makes them feel like there is something inherently wrong with them. The blue movement historically did not have people with autism on the board of directors which brought on the phrase “Nothing About Us Without Us”. As I researched this issue, I saw articles stating that the Light It Up Blue movement is trying to improve its focus. As teens, they are not necessarily fully aware of the full messages of both movements, but they know enough to know that they want to be represented by people who are autistic and in a way that shows their value to society.

They also support movements to support differences in general, such as transgender rights. They do wish, though, that their schools would do more to create an understanding of high functioning autism. They know that they can come across as awkward in social situations and they work with our coaches to help them learn those skills. However, they think that others would be more understanding if more was done to educate peers. They know that people with more obvious challenges are cut some slack for their difficulties but their social challenges are more often met with rejection of even ridicule when they are not understood.
Teen boys in general are not exactly known for opening up about their feelings but this particular group of boys wants you all to know, they prefer Red Instead (#redinstead). They want people to be aware that just because they can be a bit socially awkward at times, they are worth getting to know and are definitely worthy of friendship.