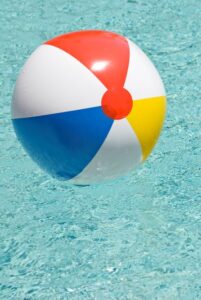 to encourage more face smashing in the future. This particular incident needs further explanation. Many of the teens we work with are ridiculously hard on themselves. Mistakes are met with rapid fire “I’m sorry” repeated for emphasis. They will often recoil from an error that they have to leave the room or they delve into self-loathing with comments about being a bad person. Mistakes are a part of life and forgiving yourself should be an equal part but it is not for our guys. One such teen, who honestly has literally the biggest heart around, was playing with a beach ball that I had made into a chat ball. I tossed it into his space and it surprised him. He took it good-naturedly as he does but attempted to get revenge on me. So he smashed the ball at me from very close range, right in my face. If this had been anything except a super soft beach ball, he would have really hurt me but it was not. He did the repeated apology and then he let the error go. He LET THE ERROR GO. I had to capitalize for emphasis because he had never done that before. Historically, he would hate on himself and leave the room in anger at himself and shame for what he had done. This is one of those goose bump moments when we know that our coaching is working. This teen was able to make a mistake, laugh about it and move on without self-torment making being smashed in the face with a beach ball literally the best thing ever.